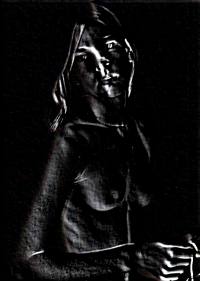 He knocked off work early so he could meet her.

When he picked her up, she nudged up next to him in the seat and rubbed the inside of his leg as he drove to the motel.

He unlocked the door and she scampered inside and headed for the bathroom as he put the “Do not disturb” sign on the door, set the deadbolt and went to the window to draw the drapes. When he turned around, she was standing nude in the middle of the room.

Every time he saw her naked, he felt a familiar stirring in his loins. She walked over to him and reached for his belt buckle, unfastened it, and unzipped his pants. He grabbed her head and held it against its crotch, his head dizzy from the sensations.

An hour-and-a-half later, he dropped her off a block from her house so she could walk the rest of the way. In another half-hour, he would be home with his wife and kids. She would be in her room doing homework.

He’d given up trying to explain how or why it happened. He knew better, knew the risks, but let it happen anyway. This little girl, a friend of his daughter, was 14 when he gave her a ride home one night. She sat next to him, her short sundress riding high on bare legs, the loose top billowing to reveal the not quiet mature breasts, the young fresh face and the infectious giggle.

When they pulled up in front of her house, she leaned over suddenly and kissed him full on the mouth, put her hand in his crotch and squeezed. Then she was out the door, waving and saying good night.

He tried to put it out of his head, dismissing it as the innocent flirtations of a young girl with a crush. But he couldn’t shake the memory of that kiss and the emotions it aroused in him.

Three weeks went by and he couldn’t stop thinking about her. On a Friday, he took the afternoon off and went home early to find her and his daughter swimming in the backyard pool. He stood in the kitchen and watched the two teenagers sunning on the pool deck. His eyes traveled up and down her bikini-clad body. It aroused him so much he went to the bathroom and masturbated.

This is ridiculous. She’s a year younger than my daughter, for Christ’s sake. This can’t be happening.

But it was. He cleaned himself up and went back to the kitchen window. She was lying on her stomach with the top of her bikini untied. Then she looked up, saw him watching from the window, smiled, and turned over slowly and gave him a brief glimpse of her breasts before covering herself with the bikini top.

The next day he was working in the back yard when he looked up and she was standing there.

Was his daughter home?

No, she and her brother and his wife were at Kings Dominion for the day. They wouldn’t be back until sometime that night.

He tried to keep from staring at the tank top and cutoff shorts that seem to be painted on her young body.

Oh, sorry. Do you mind if I get something to drink?

Of course not. Go on in. The back door’s unlocked.

After a few minutes, he went in to get something to drink. He’d been working in the yard for most of the afternoon and needed a shower. She was watching TV in the den.

I hope you don’t mind?

No at all. I’m going to take a shower.

Oh, do you want me to leave?

No, you just keep watching TV. She should leave, but he didn’t want her to.

OK. Don’t mind me. He realized she was looking right at his crotch.

Once inside the bathroom, he leaned against the door and tried to calm down. He shucked off his clothes and climbed into the shower, hoping the water would ease the tension.

He stayed under the hot water for a good 45 minutes. Maybe I should be taking a cold shower. He laughed off the thought, turned off the water and drew back the curtain to find her standing in the bathroom, nude.

He didn’t cover himself or say a word. He just stared at her naked body.

She giggled and started drying him off with a towel, paying particular attention to his genitals. The arousal was swift. She led him into the bedroom, pushed him back on the bed, laughed, licked her lips, and dipped her head into his lap. It was over quickly. Then she laid back and asked him bluntly to return the favor, which he did without a moment’s hesitation.

After that, they got together at least twice a week, engaging in mutual oral gratification, until her 15th birthday, which they celebrated by removing the last evidence of virginity. 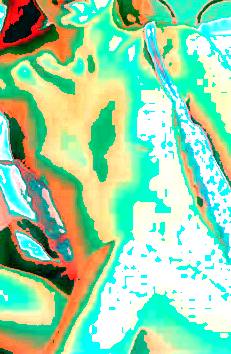 Now their affair is in its 14th month, three times a week, except for a break for her “monthly miracle,” as she likes to call her periods (he lived in constant fear of her not having one and having to face that consequence).

“An older man’s obsession with a young woman, even a child, is not as unusual as society might think,” says a psychologist who treats men and women with “Lolita” complexes. “Young women mostly, but sometimes young men, can, and too often do, possess incredible seductive powers. It’s an adult’s duty to resist these impulses, but men, and women, often find they cannot resist the advances of someone much, much younger than themselves.”

Again, says the psychologist, this is not as unusual as polite society would like us to think it is.

“For every high school teacher you read about who is fired to having sex with his or her students, there are at least another 10 having the same type of affairs and not getting caught. In today society, boys and girls are learning about sex at an earlier age, they want to practice it and they figure an older person will be a good teacher.”

The psychologist knows this all too well. Her husband was her high school history teacher. Their relationship started when she was a sophomore, continued until she graduated. They married while she was in college.

“My parents finally figured out after we got married and my dad wanted to kill him, but I finally sat both my parents down and told them I was the one who was really responsible for what happened. As an adult, he should have resisted, but I didn’t make it easy for him. That’s how I ended up working with others who have the same problem.”

Such relationships, however, usually end badly, the psychologist admits.

“We’re talking about a relationship that is not only dangerous emotionally, it’s dangerous legally. When the minor is 14, 15 or 16, we’re talking about relationships that are against the law in most states and which carry a heavy punishment. In some states, an adult who has sex with a 14-year-old could get life in prison. It happens.”

He knows the risks, but he can’t stop.

Because he feels most like a man when he’s in bed with a child.